Is it okay to be competitive?

For the first time, YogaTonic UK entered a team into the Cookham Regatta Challenge Cup event in 2018. Shannon and I thought it would be a great opportunity to hang out with our yoga friends, off the mat and to enjoy doing some different activities.

As part of the Challenge we would have to compete in 5 events – twice – including dragon boating, Canadian canoeing and several non water events such as volleyball, tug of war and ‘silly walking.’ Most importantly, it was not about winning but having fun with friends and family… although it would appear we all have a competitive edge. Competition is not bad – though it is important the way in which you compete. In all of the events there was a friendly respect for our opposition, but that did not dim the desire to win.

In yoga philosophy, one of the ‘niyamas’ (self observations) is that of ‘fiery cleansing’ (Tapas). It would be fair to say that of all the events that gave the most cleansing / fiery sensation was the tug of war. Not something any of us do to often but certainly something that gets the adrenaline pumping and voice strained in an attempt to encourage the team to pull in the same direction at the same time.

Another yogic ‘self observation’ is ‘contentment’ (Santosa). Though we may have lost some races, we were content with how we worked as a team. Santosa means to be happy with what we have rather than what we don’t have. We had a great team. We had a lot of laughs. We lost the last dragon boat race but we won overall with highest points. Even if we wouldn’t have won, it was still a great day out.

That day, we were a team of active people who like to do yoga. It was fun doing events which were competitive. Sometimes people fall into feeling competitive when they go to a yoga class. It’s human nature to observe another person but yoga itself should not be competitive. We are all built differently. There is no wrong way to do a pose in yoga (only if it’s unsafe for your bod). In a yoga class, you can do some fiery cleansing (Tapas) through your breath and concentration. You can practice contentment (Santosa) by enjoying the class and know you are doing your best. 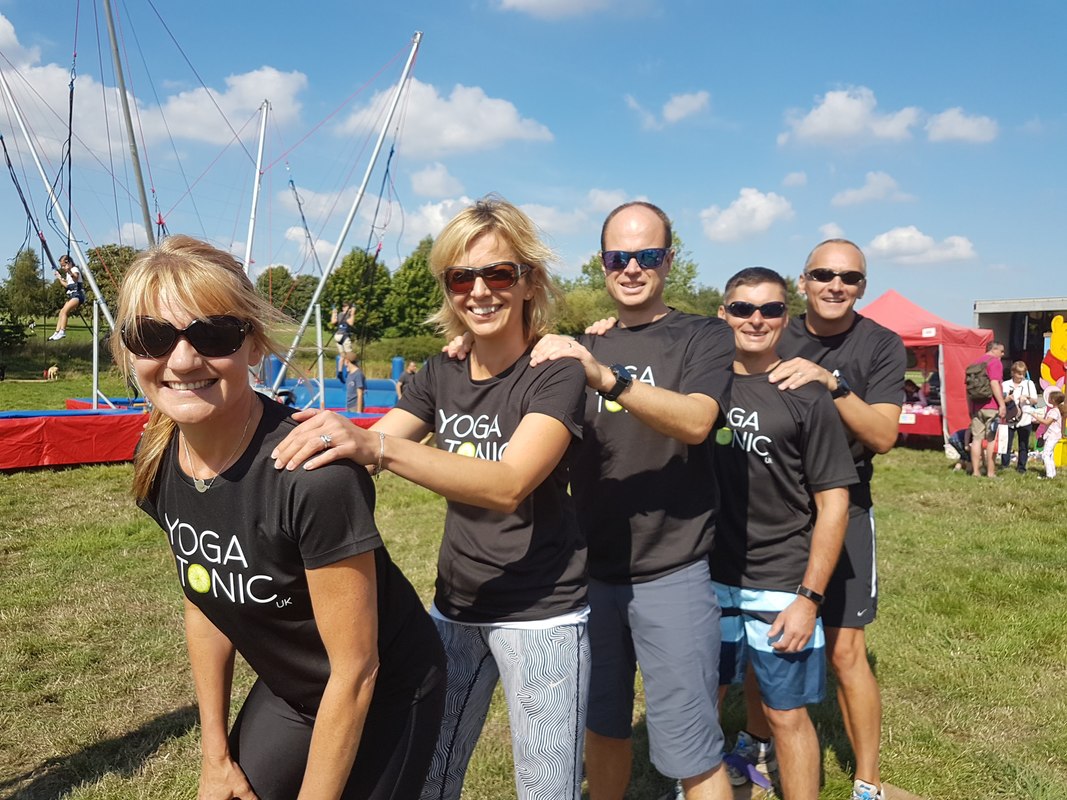 So back to the regatta. Great day. Big smiles. With many of the younger generation desperate to get involved I would like to think there will be YogaTonic teams of various generations well into the future… and who knows we maybe able to retain the title in 2019…

What difference will 5 Sun Salutations make?

Yoga for skiers –
Finding the time

Yoga for runners –
From elite to grass roots